Get smarter every day with a little help from TED…

Back in the day, a person would finish their education after middle school, high school or university, and never study again. Learning was done on the job (if at all), and new areas of knowledge were restricted to one’s job or career path. These days however, it’s normal to continue learning throughout your life. Chances are you know at least a few people who’ve taken courses on different topics, from foreign languages and cookery skills to art, photography and local history.

Of course not everyone has the time to devote to a few hours’ study every week, or travelling to a campus. But if certain politicians, scientists and social commentators are to be believed, ‘lifelong learning’ is an essential part of staying sharp and maintaining one’s mental health. That’s where a little organisation called TED comes in.

‘TED’ stands for ‘technology, entertainment, design’. It was started over 30 years ago, but has become a global phenomenon in the last five years thanks to the increasing reach of the internet. The organisation aims to explore how ideas from the three fields can come together to change the world – and the way we see it. TED produces speeches and presentations on a variety of fascinating topics by some of the world’s top thought leaders, and offers them free of charge onlinei.

Right now, there are over 2,200 of these powerful clips available. Topics range from aging and adventure to business, philosophy, health, string theory, and robotics. There’s something for every interest. The best part? They range from just a few minutes each to around 18 minutes – perfect for slotting in to your busy lifestyle. To extend your learning and explore a topic further, you can also check out TED books by some of the speakers, or free curated course material under the TED Studies banner.

The pick(s) of the bunch

In the mood to be surprised with a wildcard? Visit the TED website, select the ‘WATCH’ menu at the top of the page, and click ‘surprise me’.

Some critics of TED talks say they’re not substantial enough to really change people’s lives. That the ideas they cover are too often oversimplified or adulterated for the purpose of being more entertaining. But feedback from audience members shows that’s simply not true. For example, after seeing Graham Hill’s talk ‘Less stuff, more happiness’, one man said he immediately gave up his car in favour of public transport, and began spending less on things (and more on experiences). Several women have cited Cameron Russell’s talk ‘Looks aren’t everything. Believe me, I’m a model’ as the instigator for a life spent worrying much less about their appearance.

The thing is, the value of these bite-sized talks doesn’t lie in their ability to directly and profoundly change the world. They’re about sparking inspiration, curiosity and personal growth. They’re about giving us a fresh perspective on our world. And that’s something we could all do with more of.

Making sure you’ve covered all bases 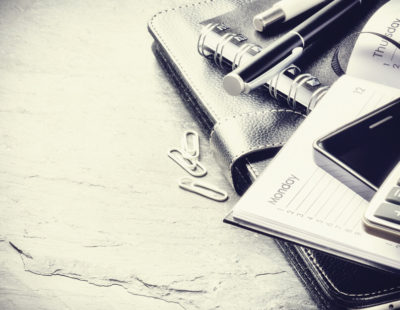 How to be the CFO of your household

Learn something. We promise we'll only send you things that are great.